“Pink Martini is a rollicking around-the-world musical adventure…if the United Nations had a house band in 1962, hopefully we’d be that band”. 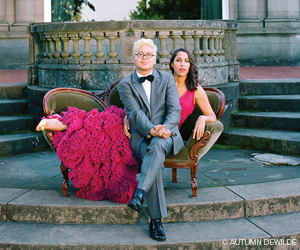 Pink Martini’s “little orchestra” has sold over 3 million albums worldwide on their own independent label Heinz Record. Their music draws inspiration from the romantic Hollywood musicals of the 1940s and ’50s and crosses genres to make an eclectic, modern sound. Their arrangements of Latin music, jazz, cabaret and cinema scores come together in a sound that defies categorization.

Returning to downtown Olympia at the Washington Center’s Main Stage Theater, music lovers and fans will want to get tickets early as this will be a highly anticipated special engagement and tickets will sell fast. The Washington Center is an intimate venue and has been equipped with a new sound system for the 2019/20 season – all seats in the house are excellent seats to enjoy the entertainment and appreciate the spectacular sound!

This concert will include popular favorites from the band’s 25 year career as well as songs from their latest release, Je dis oui! – taking the audience on a musical trip around the world from France to Iran, Armenia to South Africa and more.