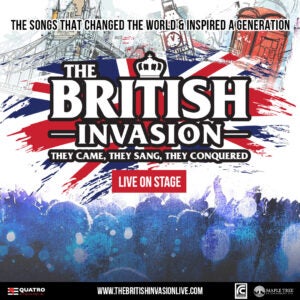 April 1 at 7:30pm The British Invasion – Live On Stage: The Beatles marked the beginning of a cultural phenomenon in the 60’s known as the British Invasion. Hear the music and see how it impacted art, fashion, literature, changing the very essence of pop culture and redirecting history. Featuring an all-live band with huge projection period photos along with original film footage, the show will focus on British music that dominated the charts and the airwaves with bands such as Manfred Mann, The Searchers, Gerry & The Pacemakers, The Zombies, Freddie & The Dreamers, and Herman’s Hermits along with dozens more. The British Invasion – Live On Stage is an immersive multi-media show that will place you at the front and center of pop culture history. Huge projection period photos and original film footage recreate the era’s excitement, fashion, and headlines; all the while a full live band performs all of the hits of the Swingin’ 60’s; the iconic British pop sound that swept across America and the world.

April 4 at 7:30pm Melissa Etheridge: One Way Out Tour: 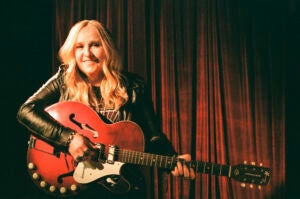 Known for her confessional lyrics and raspy, smoky vocals, Melissa Etheridge stormed onto the American rock scene in 1988 with the release of her critically acclaimed self-titled debut album. Five years later, she hit her commercial and artistic stride with her fourth LP, Yes I Am. As one of America’s favorite female singer-songwriters, the GRAMMY and Academy Award winner continues to garner fans with her latest release and tour, Melissa Etheridge: One Way Out Tour. 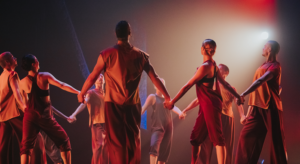 April 16 at 7:30pm Koresh Dance Company was founded by Israeli-born choreographer and artistic director Roni Koresh. Known for its engaging performance and technically superb dancers, Koresh has been hailed internationally. This production is a tender, joyful, passionate and humorous interpretation of the paintings of Henri Matisse. Original musical composition by John Levis and poetry by Karl Mullen.

April 21 at 7:30pm Comedy Underground – Need a good laugh? Our signature comedy series means good times with friends or a unique date night. This month we welcome Mo Mandel! Best known for making over 40 appearances on CHELSEA LATELY and hosting truTV’s BARMAGEDDON, Mo has also made numerous appearances on CONAN, THE LATE LATE SHOW, has a half hour special on COMEDY CENTRAL. We are also featuring Cameron Peloso, one of Portland’s best young comics, and Amani Taylor who was a finalist in The Last Comic Standing/Parlor Live talent search. Comedy Underground brings you the stand-up you love, in the intimacy of the Black Box! Recommended for ages 18+ 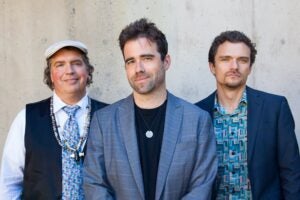 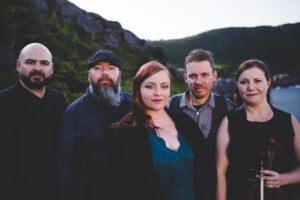 the Derina Harvey Band (dHb). With a show that offers a fresh take on traditional folk songs as well as a few originals, Derina’s vibrant personality takes center stage with humor, storytelling, and, of course, her powerful vocals. dHb has been likened to a “rockier” version of Canada’s Great Big Sea, if fronted by Adele, and has earned a reputation as a high-energy live show that leaves many an audience out-of-breath and hollering from their seats! Special pricing makes this show accessible for all, including free tickets for EBT card holders.