Laughter and music are coming to the Center in February. Starting with Ensemble Mik Nawooj’s unique blend of hip-hop and classical, the Center has something for everyone this month. Richard Thompson, Comedy Underground, An Evening with Judy Collins, and hilarity from The Daily Show Writers Comedy Tour. 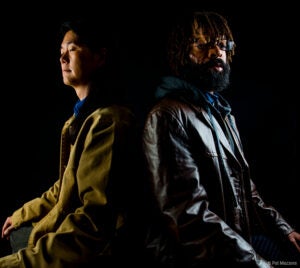 February 3 at 7:30pm Led by composer/pianist JooWan Kim, hip-hop orchestra Ensemble Mik Nawooj (EMN) creates Meta Music by sampling principles of both hip-hop and classical. Executed with MC/lyricist Sandman, a lyric soprano, flute, clarinet, violin, cello, piano, drums, and bass, the music is rigorous, nuanced, accessible, and free from the dogmas of the Western European concert music aesthetic. The result is seamless tête-à-tête with “textures swimming through the sound…like the world’s fastest ping-pong game” (Pitchfork) and is considered the “cutting edge of hip-hop” (Huffington Post). 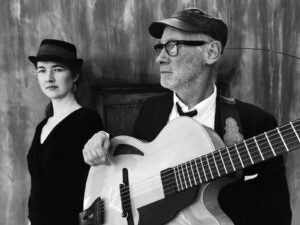 Groce) — a swoon- inducing soundscape of voice and guitar that is both epic and intimate, making one feel “both lost and found” (NewYorkTheaterGuide.com). They have been heard on NPR, PBS, NYC’s Lincoln Center, DC’s Kennedy Center. Our Black Box Jazz Series offers intimate cabaret-style evenings featuring talented musicians from around the region. Jazz lovers will enjoy the diverse sounds and styles showcasing all original compositions. All ages are welcome! 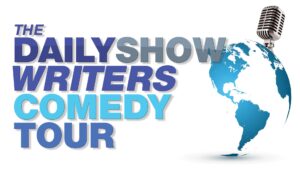 February 16 at 7:30pm The influence of Richard Thompson can’t be overstated. Everybody from Robert Plant, Don Henley, and Elvis Costello to REM, Sleater-Kinney, and David Byrne has 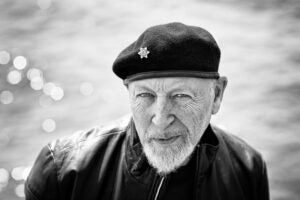 covered his music. Thompson picks up his guitar for this solo performance and emotions echo through his deft fleet-fingered fretwork, poetic songwriting, and impassioned guitar picking. Powered by evocative song craft, jaw-dropping guitar playing, and indefinable spirit, this venerable icon holds a coveted spot on Rolling Stone’s “100 Greatest Guitarists of All Time” and counts a Lifetime Achievement Award from the Americana Music Association in Nashville, and a Lifetime Achievement Award from the BBC Awards among his many accolades. 2011 saw Thompson garner an OBE (Order of the British Empire) personally bestowed upon him by Queen Elizabeth II at Buckingham Palace. Moreover, Time touted his anthem, “1952 Vincent Black Lightning,” on its“100 Greatest Songs Since 1923” list. 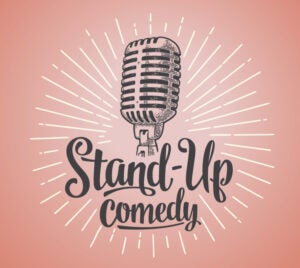 February 17 at 7:30pm Need a good laugh? Our signature Comedy Underground series means good times with friends or a unique date night. We are thrilled to feature Auggie Smith this time. A 30 year veteran of comedy stages around the world, Auggie Smith has been seen on Comedy Central, Last Comic Standing and can be heard regularly on The Bob and Tom Show. His long career has included being voted “Club Comic Of The Year” at the Aspen Comedy Festival and winning both the prestigious Seattle and San Francisco International Comedy Competitions. Auggie has performed at the Montreal Comedy Festival, The Boston Comedy Festival, The Great American Comedy Festival and the Laughing Skull Festival but if you can’t see him live rants from his multiple comedy albums are in heavy rotation on SiriusXm. Comedy Underground, the stand-up you love, in the intimacy of the Black Box! 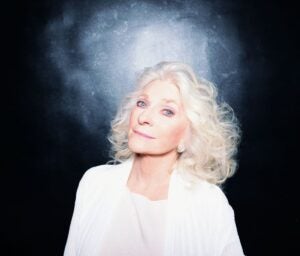 February 25 at 7:30pm An Evening with Judy Collins – Judy Collins has long inspired audiences with sublime vocals, boldly vulnerable songwriting, personal life triumphs, and a firm commitment to social activism. In the 1960s, she evoked both the idealism and steely determination of a generation united against social and environmental injustices. Five decades later, her luminescent presence shines brightly as new generations bask in the glow of her iconic 55-album body of work, and heed inspiration from her spiritual discipline to thrive in the music industry for half a century.

Pick 3 and save 20%! The Washington Center is offering 20% off when you pick 3 shows. More info at https://www.washingtoncenter.org/specialoffers