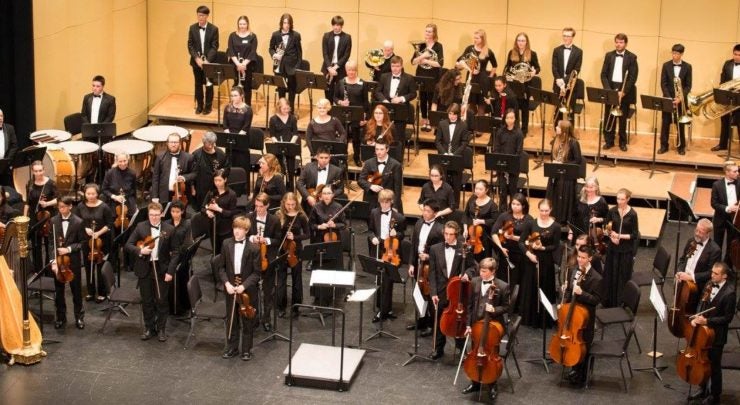 Welcome to the podium Music Director and Conductor Cameron May for his season debut with the Student Orchestras of Greater Olympia. Mr. May has chosen a program for the Conservatory Orchestra with a wide variety of styles and genres, while highlighting Czech, Italian, English, and American composers. From musicals to opera and everything in between, don’t miss this exciting opening concert.

The Brass Choir, Greg Allison conductor, will open the concert with Monteverdi’s Deus Adjuctorum. Their portion of the program will also include Granger’s Australian Up-Country Tune and Bernstein’s America as part of the composer’s 100th-birthday celebration.

Please join us on Sunday, November 4, at 4 pm at the Washington Center for the Performing Arts. There will be a welcome party in the lobby just after the concert for our new Music Director and Conductor Cameron May.