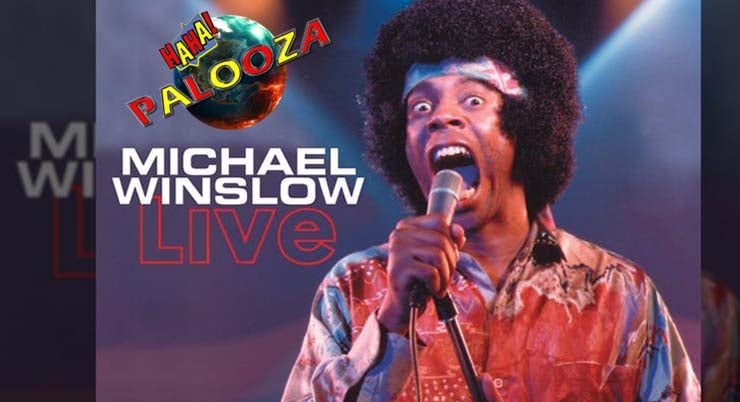 This event has been rescheduled for September 26, all tickets will be transferred to that date.

Michael’s quest for hilarity began in Boulder, Colorado at a club known as Tulagi’s, famous for its legendary acts such as Tommy Bolin, The Doors, and even Jimi Hendrix himself! This connection with Jimi would continue throughout Mike’s career as he would open for Italian Rock Fusion Band “Nova”, with a rendition of Purple Haze that was nothing short of magic, no one can imitate a guitar with just their voice quite like him.

It was at the Evening at the Improv Club, owned by Bud Friedman, in which he would become a household name in Los Angeles. It was in 1984 where Michael would get his big break from Director Hugh Wilson and Producer Paul Manslanski, creators of the cult classic Police Academy, as they saw his talent first hand at the Long Beach Theater. They saw the raw talent that Mike brought to the table and immediately wrote him into the script, paving his way for a career in cinema, also taking a role in Mel Brooks’ Space Balls!

While his talent on screen is apparent, he is also a skilled voice actor appearing in commercials for companies such as Geico, but also hit television series such as Family Guy and Robot Chicken. Mike’s versatility really allows him to play any voice role. Michael is a true master of his craft, an artist. He can recreate any sound known to man and more, limited only by his imagination, making him a must see entertainment staple which keeps him quite busy.

A native of Denmark, Henrik began entertaining at the early age of three when he drove the family VW bug into the sea. With fortune on his side, he made a quick escape and was soon mesmerized by plate-spinning acts on The Ed Sullivan Show. This lead to breaking Mom’s plates and throwing Dad’s knives in the wood-shop.

Henrik has made appearances with Jay Leno on The Tonight Show, in Las Vegas at Caesar’s Palace and on Europe’s most widely viewed variety show “Le Plus Grande Cabaret du Monde” in Paris. Today Henrik performs physical comedy as a professional entertainer for corporate, local and national events.

Travis has made a name for himself touring across the United States and Canada bouncing between comedy clubs, theaters, colleges, cruise ships, and a million different bar gigs.