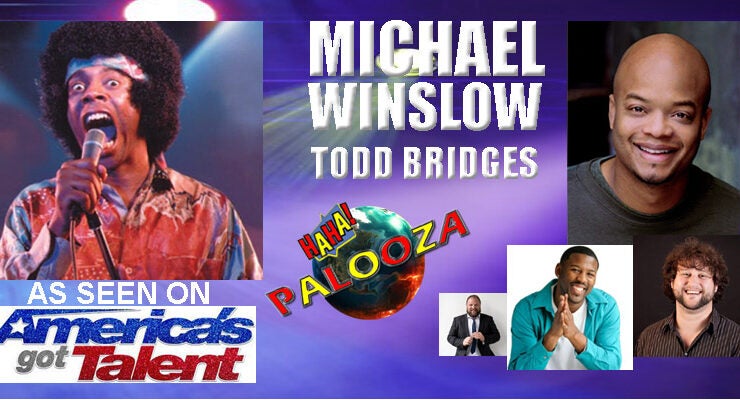 This event was previously scheduled for September 18th, 2021. The new date and time is March 18, 2022 at 7:30 PM. Tickets have been automatically transferred to the new date. 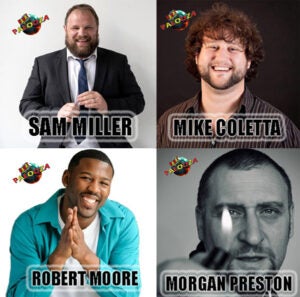 Todd Anthony Bridges is an American actor. He portrayed Willis Jackson on the sitcom Diff’rent Strokes and had a recurring role as Monk on the sitcom Everybody Hates Chris. Bridges worked as a commentator on the television series TruTV Presents: World’s Dumbest. Meet and Greet available after show. 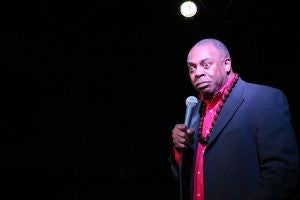 As seen on America’s Got Talent! Michael’s quest for hilarity began in Boulder, Colorado at a club known as Tulagi’s, famous for its legendary acts such as Tommy Bolin, The Doors, and even Jimi Hendrix himself! This connection with Jimi would continue throughout Mike’s career as he would open for Italian Rock Fusion Band “Nova”, with a rendition of Purple Haze that was nothing short of magic, no one can imitate a guitar with just their voice quite like him.

It was at the Evening at the Improv Club, owned by Bud Friedman, in which he would become a household name in Los Angeles. It was in 1984 where Michael would get his big break from Director Hugh Wilson and Producer Paul Manslanski, creators of the cult classic Police Academy, as they saw his talent first hand at the Long Beach Theater. They saw the raw talent that Mike brought to the table and immediately wrote him into the script, paving his way for a career in cinema, also taking a role in Mel Brooks’ Space Balls!

While his talent on screen is apparent, he is also a skilled voice actor appearing in commercials for companies such as Geico, but also hit television series such as Family Guy and Robot Chicken. Mike’s versatility really allows him to play any voice role. Michael is a true master of his craft, an artist. He can recreate any sound known to man and more, limited only by his imagination, making him a must see entertainment staple which keeps him quite busy.

Side-splittingly funny! He was born and raised in Dallas, TX. After relocating to Washington State, Robert began performing stand-up comedy in May of 2013. He won The Crowd’s Choice Comedy Competition in May 2016 and has been featured pin The 2018 NW Black Comedy Festival. He has performed comedy in venues all over the US and Canada. Robert thrives on his ability to be unscripted.  His energetic delivery and full-bodied humor will keep you wanting to see what he’ll do next. He loves to engage the audience and he performs with passion and enthusiasm. CA$H!

Seattle based comedian originally from Alaska. He started comedy performing improv in the wheat-infested, cultural boomtown of Pullman, Washington. There, Coletta cracked up college audiences in the Nuthouse Improv Comedy Troupe, where he performed and directed. Coletta connects with audiences through his quick wit, energetic delivery, and positive presence. His honest reaction to life experiences completely envelops his comedy, and emits a fun, passionate disposition to audiences. Coletta has performed at The Bridgetown Comedy Festival, Emerald City Comicon, Treefort Fest, and Bumbershoot. He’s also the co-host of the HugLife Podcast.

From Olympia WA. 6 foot 6 and 360 lbs, has 2 kids both accidents. Married for 10 years, clean and sober for 13, performing comedy for 8.
Runner up in 2021 Seattle International Comedy Competition.
Winner Comedy on Trial Competition
2016 Best Local Hero 2017 Best Local Celebrity
2018 Best Local Comic
Opened for Nate Jackson, Laurie Kilmartin and is a regular at comedy clubs up and down the West Coast.

One of the most outspoken in-your-face, comedians today. Preston has worked with the nation’s most well-known comedians, including Richard Lewis, Gilbert Gottfried, Bobcat Goldthwait, Bill Burr, Greg Proops, and tours in a band with the Godfather of Beatbox Michael Winslow.