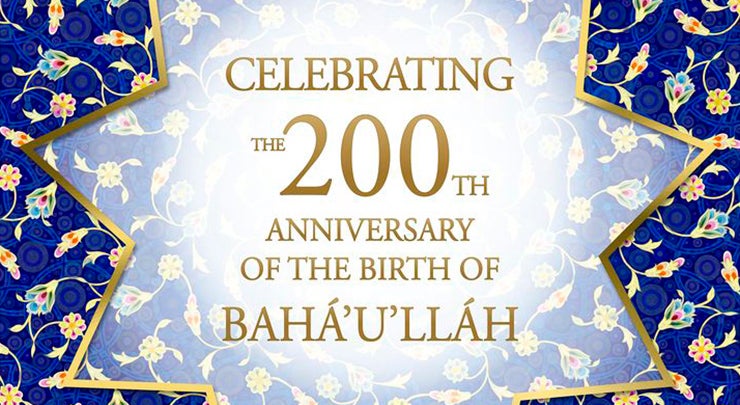 Thurston County local Bahá’ís along with Bahá’ís worldwide are preparing for major upcoming celebrations in 2017. On October 21 and 22, in some 100,000 localities worldwide, they will celebrate the bicentenary of the birth of Baha’u’llah, and the 198th anniversary of the birth of the Báb, the Founders of the Bahá’í Faith.

The global festivities involving people of thousands of ethnic backgrounds are demonstrative of a key message of the Bahá’í teachings: that a special time has arrived for the entire human race as it gradually moves from a stage of collective adolescence to one of maturity and wholeness.

“In cycles gone by, though harmony was established, yet, owing to the absence of means, the unity of all mankind could not have been achieved. Continents remained widely divided … In this day, however, means of communication have multiplied, and the five continents of the earth have virtually merged into one…. In like manner all the members of the human family, whether peoples or governments, cities or villages, have become increasingly interdependent. For none is self-sufficiency any longer possible, inasmuch as political ties unite all peoples and nations, and the bonds of trade and industry, of agriculture and education, are being strengthened every day. Hence the unity of all mankind can in this day be achieved. Verily this is none other but one of the wonders of this wondrous age, this glorious century.”

How to achieve this unity of humankind, while at the same time cherishing the tremendous diversity of the world’s cultures, is at the core of the teachings of the Bahá’í Faith.

This evening’s program will honor the lives of the Báb and Bahá’u’lláh while focusing on the themes of unity, justice and community building. Mark your calendar to join this celebration – all are welcome!