The British Invasion – Live on Stage 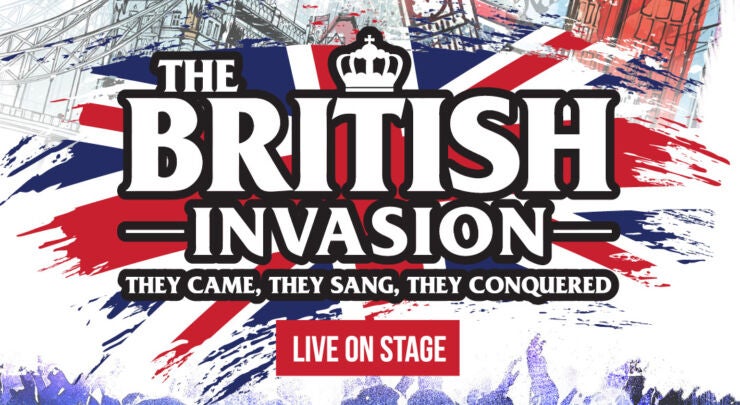 The Beatles marked the beginning of a cultural phenomenon in the 60’s known as the British Invasion. Hear the music and see how it impacted art, fashion, literature, changing the very essence of pop culture and redirecting history. Featuring an all-live band with huge projection period photos along with original film footage, the show will focus on British music that dominated the charts and the airwaves with bands such as Manfred Mann, The Searchers, Gerry & The Pacemakers, The Zombies, Freddie & The Dreamers, and Herman’s Hermits along with dozens more.

THE BRITISH INVASION – LIVE ON STAGE is an immersive multi-media show that will place you at the front and center of pop culture history. Huge projection period photos and original film footage recreate the era’s excitement, fashion, and headlines; all the while a full live band performs all of the hits of the Swingin’ 60’s; the iconic British pop sound that swept across America and the world.

Military discounts available by calling or visiting the box office. Price above does not include service fee.