Capitol Steps: What to Expect When You’re Electing 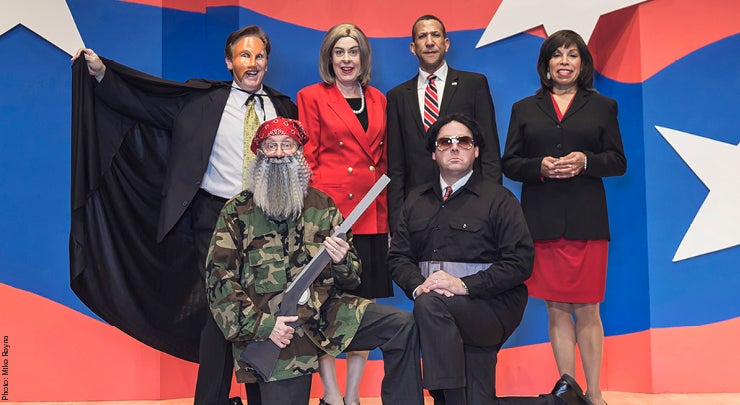 Putting the “mock” in democracy!

Welcome to this performance of the Capitol Steps! The Capitol Steps began in 1981, at a Christmas party in the office of former Senator Charles Percy. Like most things in Congress, they never knew when to stop.

Over the past thirty-five years, the Capitol Steps have recorded thirty-six albums, and appeared on Good Morning America, the Today Show, 20/20, Entertainment Tonight, Nightline, CNN’s Inside Politics, and dozens of times on National Public Radio’s All Things Considered. For the past twenty years, they’ve produced specials for public radio and have been featured in three national specials for public television. They’ve performed for five U.S. Presidents (six if you include Hillary.)

No party or politician is safe from their 30-plus years of satirical genius so take a break from the 24 hour news cycle to blow off some political steam. Laughs abound at this Olympia favorite!

Exclusive Sponsor
Back To Events