In My Life – A Musical Theatre Tribute to the Beatles 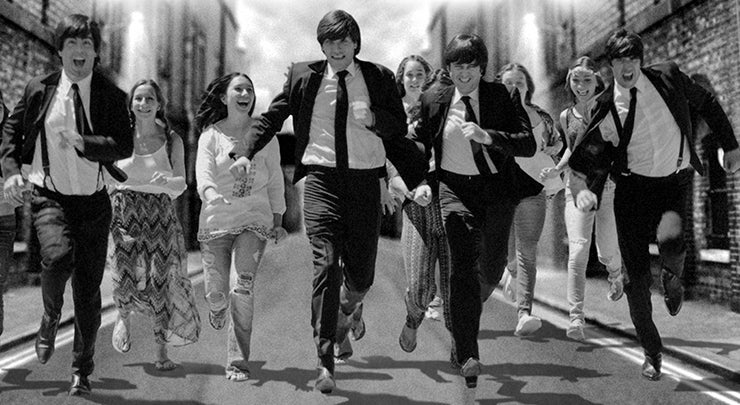 The music of the Beatles — John Lennon, Paul McCartney, George Harrison and Ringo Starr — continues to stand the test of time. “In My Life – A Musical Theatre Tribute to the Beatles” will give you a fresh perspective on the band’s history. It’s more than a tribute concert; the show has a narrative element that depicts everything from the famed “Ed Sullivan Show” appearance to the final performance atop the Apple Corps offices. You’ll see the Fab Four through the eyes of their late manager, Brian Epstein, who serves as narrator to renowned Beatles tribute band Abbey Road as they perform 33 of the group’s classic hits. “In My Life” played to a capacity crowd last year at The Washington Center.

Olympia High seniors Anna Elewski, Hyunjin Kim and Eric So and sophomore George Tanasse will join the band for the songs “Eleanor Rigby,” “Yesterday,” “A Day in the Life,” “Hello Goodbye,” and “Hey Jude.” In a special touch, “Yesterday” is played as a scene in which the Paul McCartney character plays the song for the first time for Beatles producer George Martin, with the songwriter explaining that he envisioned a string-quartet accompaniment.

All quartet members perform with the Olympia High Chamber and Symphony Orchestras as well as other prestigious area ensembles, including the Student Orchestras of Greater Olympia, All-Northwest Orchestra and the Capital Area Youth Symphony. The OHS Chamber Orchestra was awarded best in state two years ago and placed third in state last year. Kim placed first in the state last year with a piano trio at the solo and ensemble competition.