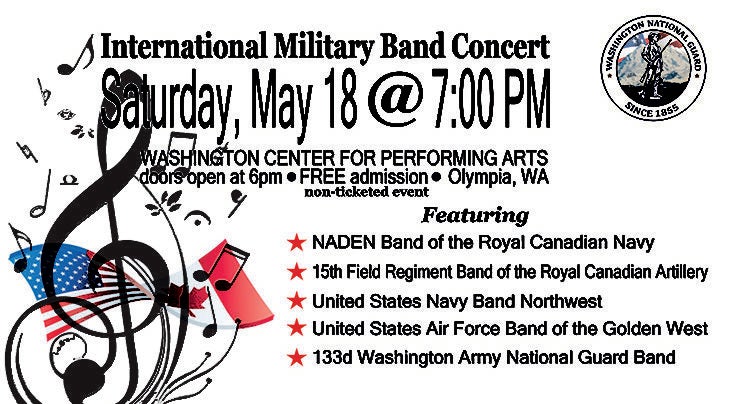 We are excited to present the International Military Band Concert this year on Armed Forces Day, and we will be honoring the service of World War II Veterans who will be in attendance. This year’s concert will feature exceptional musicians from the NADEN Band of the Royal Canadian Navy, the 15th Field Regiment Band of the Royal Canadian Artillery, The United States Navy Band Northwest, The United States Air Force Band of the Golden West, and the 133d Washington Army National Guard Band. We will be performing a variety of musical styles from 1940’s Swing-era, to Marches, to Patriotic selections. The concert will be held at the Washington Center for the Performing Arts in downtown Olympia on Saturday, May 18th at 7 pm.

This is a free, non-ticketed event and doors open at 6 pm.