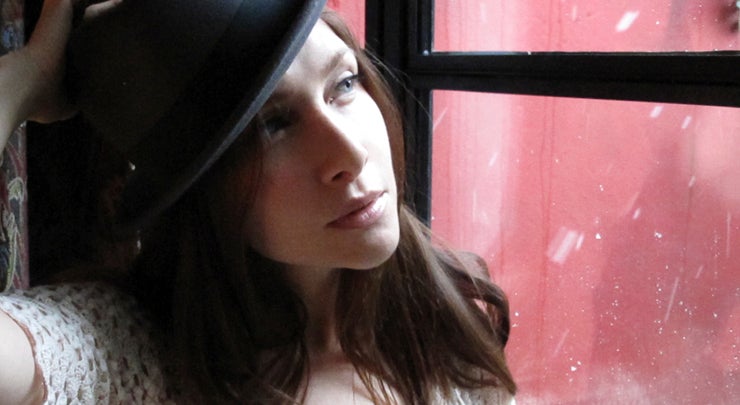 A cabaret marriage of Mitchell & Cohen

The affair of Joni Mitchell and Leonard Cohen in the late 1960s only lasted a few months, but its resonance in the songs of these two iconic singer-songwriters is far-reaching. This intimate, dramatic, and sultry show is performed to perfection by the hottest star on New York City’s cabaret scene today. As Lauren Fox and her trio perform 16 songs—9 by Joni Mitchell and 7 by Leonard Cohen—they weave a spellbinding his-and-hers dialogue that brings new depth to Joni’s and Leonard’s bodies of work.

Who is Lauren Fox? She’s the Manhattan Association of Cabarets & Clubs’ Female Debut Artist of the Year 2012, the Debut Artist of the Year at the 27th annual Bistro Awards, the winner of the 11th annual Nightlife Award for “Outstanding Cabaret Performance” of the year in 2012, and the opening act at the Mabel Mercer Foundation’s Cabaret Convention at Lincoln Center where the New York Times said that hers was “the most transfixing performance of the evening.” She is a genius talent who has been called “Brilliant,” “Spell-binding,” “Remarkable,” and “Enthralling” by Stephen Holden, the preeminent music critic of The New York Times.