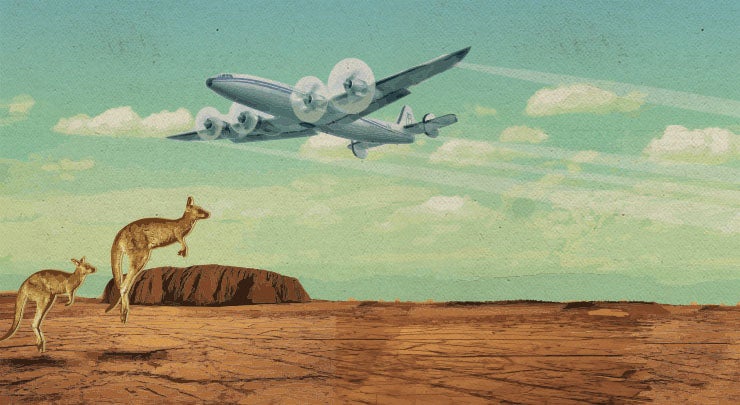 Choral & Orchestral Music From Down Under

Explore Australia with the choir! We’ll tour its vibrant musical landscape including works by modern Australian composers featuring a mix of traditional choral music with themes and elements from “Down Under.”

An American premiere,  “Dreams and Visions,” composed by award-winning Australian composer John Peterson, is at the heart of Masterworks’ April concert “Outback Odyssey: Music from Down Under,” and highlights the lushness of Australian choral and orchestra music. Originally commissioned by the Sydney Gay & Lesbian Choir, the work explores universal human themes while also celebrating difference and equality. Its story may be particularly timely, singing to us of how we can share the world, and live in hope rather than fear.

Outback Odyssey also features songs of two other Australian composers: Dan Walker’s “The Wanderer” celebrates the ocean’s greatest traveler, the wandering albatross, with evocative lyrics from indigenous language. Paul Jarman’s “Warri and Yatungka” pays tribute to some of the last of the Island Continent’s nomadic peoples.