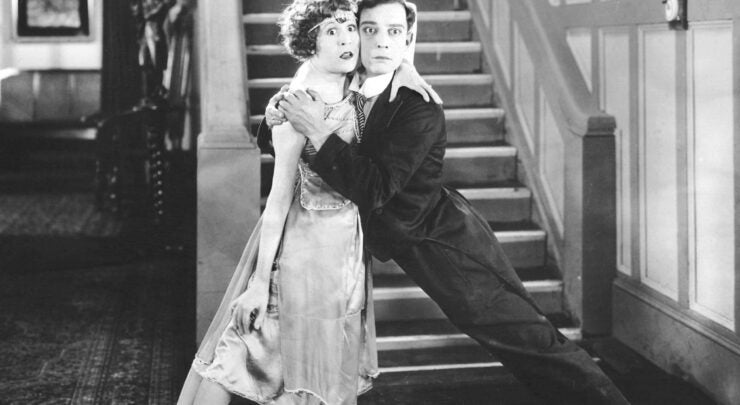 With his famous deadpan humor, versatile Buster Keaton wrote, starred in, and directed a popular series of comedic short films in the early 1920s. Well known as a great acrobatic actor, Keaton made 19 silent short films before embarking on his feature film career. Our own house organist Dennis James brings the silent era to life playing our historic 1924 musical treasure: The Mighty Andy Crow Wurlitzer Organ. Experience silent films the way they were meant to be seen and heard! Our Silent Movie Series is a signature event at the Washington Center. We welcome film fans of all ages to step back in time to revel in the authentically recreated sounds and nostalgia from times gone by.

Military discounts available. Price above does not include service fee.