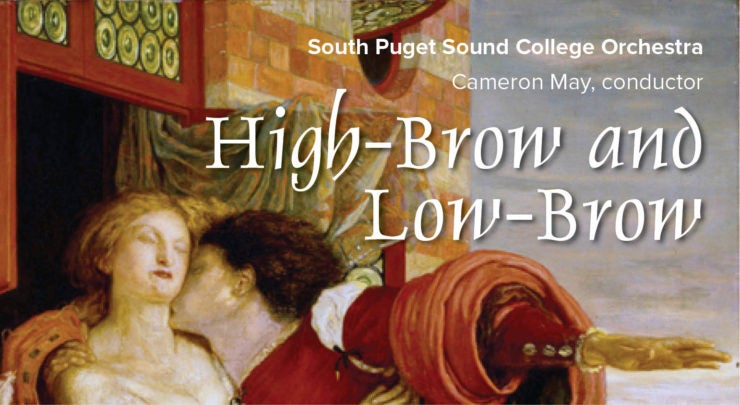 Music from all classes of society is featured on this concert by the South Puget Sound College Orchestra. The concert opens with Tchaikovsky’s Romeo and Juliet Fantasy Overture and a charming little piece by Steven Bryant, simply titled Dusk. After intermission, Seattle-based cellist Ryan Farris joins the orchestra for the second of Haydn’s cello concertos. The concert closes with Saint-Saens’ raucous “Danse Bacchanale” from Samson and Delilah.

The orchestra is conducted by Cameron May. The featured guest cellist is Ryan Farris.

Senior, Military, Youth, and Student discounts available.
Price above does not include the standard $3 Washington Center facility fee.