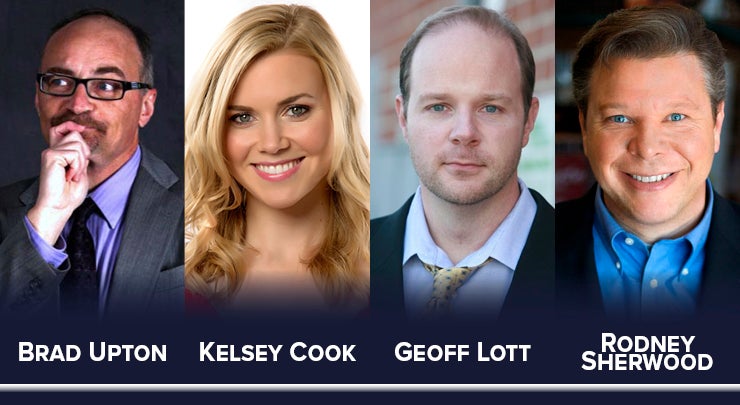 THE DREAM TEAM OF STAND UP COMEDY – LIVE

A night of laughs with all-star, world-class, international comedian BRAD UPTON: past winner of the Las Vegas Comedy Festival, Caesar’s Palace as part of the HBO Comedy Festival. He has spent the last eight years as the opening act for the legendary Johnny Mathis, and did multiple shows all over the country with the late, great Joan Rivers. Featuring : KELSEY COOK, She has spent the last year touring 50+ dates with Jim Norton. Kelsey’s television appearances include AXS TV Presents Gotham Comedy Live (2016), “Laughs” on FOX, “Uproarious” on FUSE (2016), and “Greatest Party Story Ever” on MTV2 (2016). Also Featuring comedy from Northwest favorite GEOFF LOTT, Seattle Headliner himself recently featured for touring Jim Breuer . To complete the team its hosted by funnyman RODNEY SHERWOOD who packs a one-two punch as a top-notch writer and performer.