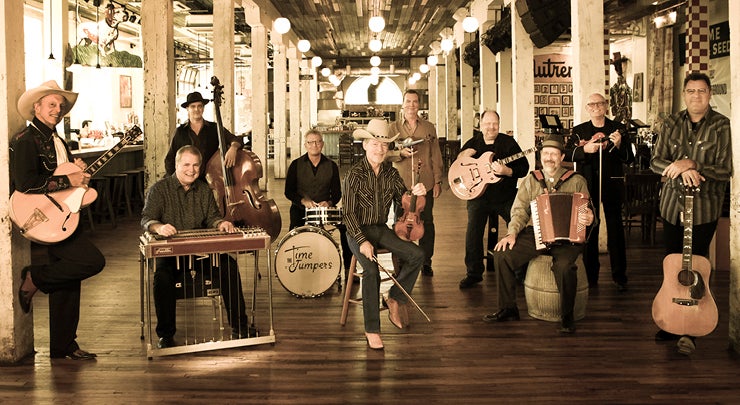 The Time Jumpers bring back Western swing in a big way! In the tradition of Bob Wills, this 10 member band of Nashville session musicians will get you moving along to the rhythms of old-fashioned Country-Western music. Made up of 10 of the best musicians in Nashville, The Time Jumpers are a country swing band that started in 1998 by GRAMMY nominated session “superpickers” who began jamming on their night off. Superstar Vince Gill joined The Time Jumpers in 2010, and their 2013 album was nominated for 2 GRAMMY Awards. This performance will be an upbeat, not-to-be-missed, best-of-the-best jam!