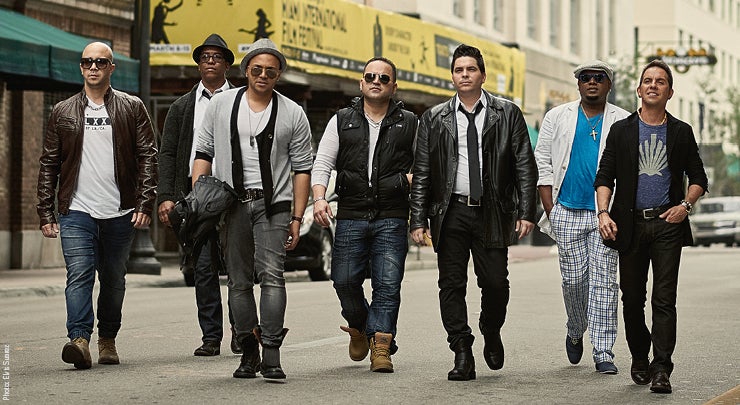 “So hot and danceable that even when you talk about the group, you find yourself moving your hips” – Richmond Times Dispatch

Throughout the past 14 years, the band has appeared around the globe and has been featured on television shows including The Tonight Show, Live from Lincoln Center, and Dancing with the Stars as well as many entertainment programs on Univision and Telemundo. Since the group’s formation in Miami 2001, its members have been on a mission to share their Afro-Caribbean heritage with as wide an audience as possible, reinterpreting and reinvigorating music born from the meeting of their musical origins with their new American experience.

Funding for this event is provided by the Western States Arts Federation, the National Endowment for the Arts, and the Washington State Arts Commission.