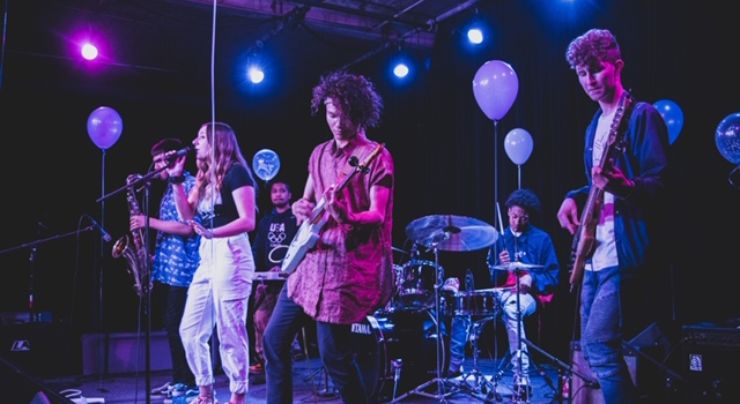 WINEHOUSE is set to release their debut 4-track EP titled “Hanover Drive” on February 21st. Following their release is the Hanover Drive EP Release Party on February 22nd. The show will feature performances by musical groups Sabyu, Special Guests, Becoming Bristol, and WINEHOUSE.
The upcoming EP is a collection of experimental pop music that incorporates a modern sound with a nostalgic feel.

WINEHOUSE is a band from Olympia, WA that is emerging full-force into the alternative pop music scene. In an age where music trends are ever-changing, WINEHOUSE aims to create a timeless, experimental pop sound that everyone can feel. The band is known for delivering a captivating concert experience that bridges the gap between the stage and the audience. Through both their recordings and live shows, WINEHOUSE hopes to promote artistic exploration and inspire listeners to dive head-first into a new world of music.