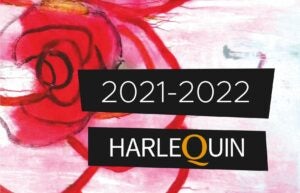 A fresh, personal, and poignant picture of the woman whose unparalleled talent and unbridled personality made her a legend.

The time is 1959. The place is a seedy bar in Philadelphia. The audience is about to witness one of Billie Holiday’s last performances, given four months before her death.

Join us for a holiday classic that’s sure to please, with a healthy dose of holiday cheer, and the kind of ghostly special effects that only Harlequin can deliver!

In this hilarious 90-minute show, 2 performers play 13 roles—not to mention the piano—in a witty and winking homage to old-fashioned murder mysteries.

Harlequin opened its third season 28 years ago with Samuel Beckett’s masterpiece Waiting for Godot, and we continue this tradition of excellence in the classics with this later masterpiece. We pair this one-act classic with a lesser-known short sketch by the author, Rough for Theatre II.

Sarah Ridge Polson, a young Cherokee lawyer fighting to restore her Nation’s jurisdiction, confronts the ever-present ghosts of her grandfathers.

Hedwig and the Angry Inch

This genre-bending, fourth-wall-smashing musical sensation, with a pulsing score and electrifying performances, tells the story of one of the most unique characters to ever hit the stage. Winner of four 2-14 Tony Awards including Best Musical Revival, Hedwig will take you by storm!

At a middle school in a seaside town, the unthinkable has happened, placing a bewildered community in the national spotlight.

Join us for a holiday classic that’s sure to please, with a healthy dose of holiday cheer, and the kind of ghostly special effects that only Harlequin can deliver!