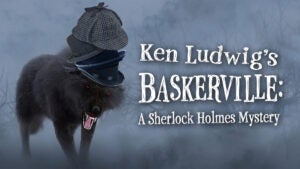 KEN LUDWIG’S
BASKERVILLE: A SHERLOCK HOLMES MYSTERY
by Ken Ludwig
THE STATE THEATER
JANUARY 27 – FEBRUARY 11
Get your deerstalker cap on — the play’s afoot! Comedic genius Ken Ludwig (Lend Me a Tenor, Moon Over Buffalo) transforms Arthur Conan Doyle’s classic “The Hound of the Baskervilles” into a murderously funny adventure.

Does a wild hellhound prowl the moors of Devonshire? Can our heroes discover the truth in time? Join the fun and see how far from elementary the truth can be. 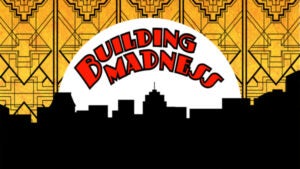 Max and Paul are just trying to keep their architecture company afloat, but they accidentally hired the mob to build a police retirement home. They may never get the project done in this screwball comedy, but they are most definitely building madness. If you love those great old screwball comedies from Hollywood’s Golden Era of the 1930s, you will love this! 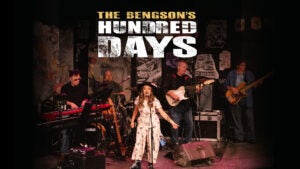 Join us as we transform The State Theater into a nightclub for an uncensored, exhilarating, and heartrending true story about embracing uncertainty, taking a leap, and loving as if you only had 100 days to live. Featuring local band Sugar and the Spitfires and starring Amy Shephard.

Hilarious, heartbreaking and utterly unique, Falsettos revolves around the life of a charming, intelligent, neurotic gay man named Marvin, his wife, lover, about-to-be-Bar-Mitzvahed son, their psychiatrist, and the lesbians next door. It’s a hilarious and achingly poignant look at the infinite possibilities that make up a modern family… and a beautiful reminder that love can tell a million stories.

1992 Tony Award for Best Score of a Musical

1992 Tony Award for Best Book of a Musical 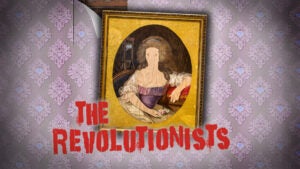 The Revolutionists is a new play about four very real women who lived boldly in France during the French Revolution’s Reign of Terror.

Or a play about a play.

Or a raucous resurrection…

…that ends in a song and a scaffold. 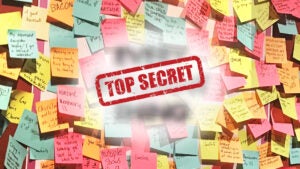 This play is simply too new for us to tell you what it is! We’re legally not allowed to reveal this title until mid-2023. But trust us, and join us in the very intimate Minnaert Center Black Box for a theatrical evening like none you’ve ever experienced before. Starring local artist Eleise Moore. 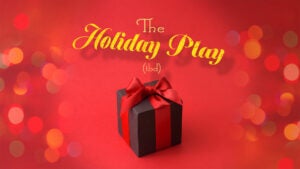 Ring in the Yuletide season with a heart-warming holiday show at Harlequin! We don’t know yet exactly what we’ll put on the boards, but rest assured there will be good cheer, at least a few special effects, and plenty of fun for the whole family!